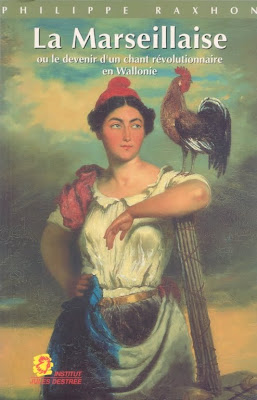 www.institut-destree.eu/images/Publications/r..
Americans, in their national anthem, seem to worry most of all whether their flag is "yet" to be seen. The English hope that their Queen will be "happy" (and, of course, glorious). But the French, the French, they sing about bloody banners, about throats being slit, and, most dramatically, they hope that the "impure" blood of (unnamed) enemies will fertilize their countryside.

This is what I find puzzling: the French, judged in any other way, have as humane, as liberal, as tolerant a public life as any country on earth. But how did these bloody, anachronistic, sadistic sentiments remain in their official national anthem over the centuries ?

It isn't that the gore has been unnoticed. More than a hundred years ago, Jean Jaurès, father of the French Left, protested against it. But now in 2009 the text is still with us, an official monument to ancient hatreds and ancient rancor. Why ?