The French Left and Islamist Anti-Semitism: A Dilemma 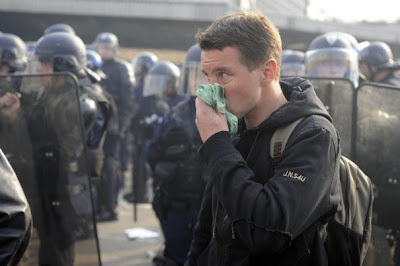 For the Left in France, both traditional and new, there is a bit of a dilemma: one the one hand, its politics have historically been defined by a strict secularism (religion being the opiate of the people, and all that). But on the other hand, at least since 1967, the Left (except perhaps for some groups within the Socialist Party) has also been pledged to work against Israel. Now the most anti-Israel political force of them all is that of the religious, militant Islamists. What is there for a poor leftist do: make common cause with the Islamists and be considered soft on secularism ? Or denounce the militant Islamists and be considered soft on Zionism ?

Obviously, this being a French matter, and more particularly a matter for the much-fissured French Left, there have been a number of ways in which the dilemma has been faced. A very revealing article by Jean-Yves Camus, The French Left and Political Islam: Secularism Versus the Temptation of an Alliance, surveys the field.
Posted by Unknown at 12:19 AM