The Ghost of L. Ron Hubbard 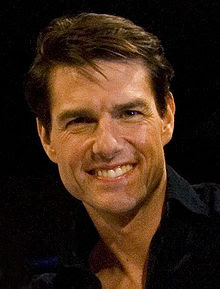 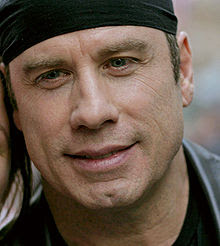 So here we have yet another report/exposé of Scientology -- this time it's an excellent article in the New York Times by Laurie Goodstein, March 7: financial irregularities, physical violence, blatant exploitation of brain-washed followers, and -- new to me -- the outrageous barriers that prevent members from leaving the cult. Nevertheless, the cult continues its merry old way. I first came across it when, back in the 1950's, L. Ron Hubbard appeared at City College in New York to lecture on "engrams" and all the other contributions he had made to the culture of unreason. Now it's sixty years later, and Hubbard's folks are still around. What gives ?

Usually cults of this kind die when their founders die. But in this case the group persists. It's very small, but it does persist. Goodstein reports poll data showing only about 25,000 Americans as Scientologists. National polling organizations have trouble estimating very small groups, as I pointed out in a different context, but Scientology, whatever its true strength, is not very large and would hardly justify the amount of ink lavished on it by mainstream media.

If -- a big if here -- it weren't for the curious presence of famous movie stars among its adherents. Of course other stars have graced equally kookie causes. At least one is said to be among the "truthers" who say that the US government commissioned 9/11, and at least another among the folks who maintain that Jews are the cause of all evil. But the contingent of Scientology stars is much larger and much better known than these.

When I was young, (some) movie stars could still shock by engaging in serial polygamy. Now that this charming practice has gone mainstream, what's a poor star to do to get a little extra exsposure in the ever-compliant press ? Enter the ghost of L. Ron Hubbard.

First of all, the man's name is Travolta.
Second, it behooves you to point out that this cult is illegal in Germany, bringing up First Amendment problems for us.

You are right about the spelling, which I have corrected. Thanks for pointing this out.

You are mistaken about the status of Scientology in Germany. It is not illegal there; it is being watched by the government in several of the provinces ("Länder")

Finally, since the First Amendment does not cover the Federal Republic of Germany, there is no First Amendment problem, at least not in the narrow sense. More broadly, freedom of speech has limits, in Germany as in the United States. It does not cover a right to fraudulent advertising, nor a right to defraud the public, for instance. I am satisfied that the German authorities have acted well within democratic norms.

Scientology is such a weird "cult". It seems absurd from the outside, but the followers are so devout. But a religion that offers promotion on financial merits?