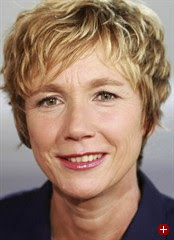 Amelie Fried
The Odenwaldschule, a residential school in Germany's countryside not far from Frankfurt, will be 100 years old this year. Started by progressivist educationalists, under the influence of the youth movement of those years and not without the anti-Semitic overtones common at the time, it became famous among the left-leaning enlightened both during the Weimar republic and after WWII. Klaus Mann was a pupil there, as was Daniel Cohn-Bendit in a later period. Among the educational practices: children and teachers lived side by side in the dorm; they were "friends" and used the "du" when speaking to one another; all, the pupils, the teachers, the administrators, all these were far more enlightened and morally advanced than the bourgeois circles from which they came (and which, in fact, provided the money).

And now there is a huge sex scandal. It seems that for more than a decade, ending in about 1985, boys were sexually abused by the director and other teachers. Young teen-age girls were abused by other teachers and their friends. Both boys and girls, together with staff, showered communally in the naked; the staff pressured youngsters to play strip poker .... All this was well known to one and all, but authorities were not brought in until the strict German statute of limitations kicked in to protect the then-director and his staff.

The well known German writer Amelie Fried, herself a pupil in those years, has now written an unsparing piece for the Frankfurter Allgemeine Zeitung. She tells of the excitement of being an adolescent in that atmosphere, but also of the shame that will not go away. (The FAZ has recently published quite a number of other good articles on the case, but, obviously, all is in German. I think that there should be a book in English.)

If this were another Catholic institution, say, none of this would have come as surprising news. As a matter of fact, more such sad news came from German Catholic schools in the same week. But the Odenwaldschule is one of the internationally best-known establishments of modern, progressive, "anti-bourgeois" education, highly accredited by UNESCO and similar authorities (whether there was a UNESCO connection during the critical years is not clear). So the staid German press is in a paroxysm of -- well, the Germans have a word -- Schadenfreue. Who can blame it for that ?

Update, December 2010: the Spiegel (in German) reports on much more that has now become known about the "nest of pedophiles" at this progressive German school, and at another German private school as well.

A somewhat earlier article, also in the Spiegel, also in German, gives a very good history of this school, showing that the pedophilia was probably inherent in its very founding in 1910.
Posted by Unknown at 1:29 PM