Anthony Julius: "Trials of the Diaspora" 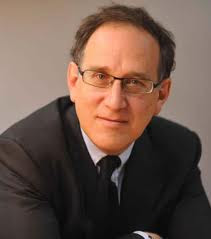 When I was a boy in Berlin in the early years of the Nazi regime, some five or ten years before the Holocaust, a young rabbi broke the conventions of rabbinical discourse and managed to bring solace and spiritual strength to the Jews of the city. He created a sensation. Jews who would never enter a synagogue otherwise made their way to hear him. This rabbi's name was Joachim Prinz (in due course he became a leader of American Jewry). In the early 1930's he held the rapt attention of his people in Berlin, speaking approximately as follows from the pulpit of several Berlin synagogues:

"Everywhere you read and hear that you are ugly and hateful. Right now, look at the person next to you: is he hateful ? Is he ugly ? " 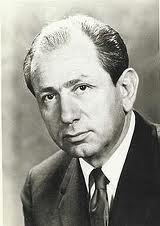 Joachim Prinz (1902-1988)
And suddenly Rabbi Prinz's listeners, cowed as they had been by the incessant propaganda of the haters, could see the truth: no, the Nazis were not right. They could see the irrationality of all that hatred. They could see, and they knew that they should have seen all the time, that it was not they who were the ugly and the hateful.

This book by Anthony Julius performs something of the same function for us today that Rabbi Prinz performed for the Jews in the 1930's. All around us "enlightened" people tell us of the perfidy of the Jews (nowadays called Zionists). If only Israel (read, the Jews) behaved better, all would be well. In the meantime, it is important to punish the "Zionists." Boycott them ! Divest from Israeli investments ! Sanction them !

On the notion of boycott, as on many other issues, Julius is particularly revealing, showing the ancient, irrational hatreds that move people to call for boycotts of Israel, the only country so singled out.

There are scores and maybe hundreds of books on the modern anti-Semitism. I am familiar with many of them. But Julius has historical material (mostly from England) and thoughtful analyses that break absolutely new ground. The book will not and cannot change the mind of anyone who is infected with anti-Semitism, but it will greatly inform the rest of us. And yes, it will confirm that which in theory needs no confirmation: there is no reason, no excuse, nothing whatever acceptable in the anti-Semitic hatreds of our day.

There are several features of this book that set it apart from other treatments of the subject. First, and most obviously, is the close reading of anti-Semitic "tropes" in high-culture British literature: Chaucer, Shakespeare, Dickens, T.S. Eliot, and others. (That word "trope" is found throughout the book; it is a fitting term for the handed-down formulas and assumptions in the anti-Jewish tradition of the British isles.) I find this literary discussion revealing, but of course it is the literary scholars who will need to debate its strengths and possible weaknesses as an approach to English literature.

Then there is the detailed and close examination of the anti-Semitic component of contemporary anti-Israelism, including that of certain well-known Jews. Tony Judt, for instance, is quoted here as he relies on the ancient anti-Semitic trope of a Jewish conspiracy when he delivers his attack on his fellow Jews.

With regard to these Jewish opponents of Israel, Julius is quite right in rejecting the notion that they are "self-hating." On the contrary, these men and women think very highly of themselves. What they hate is other Jews, not themselves.

Julius is also good on the details of British anti-Israel parties and institutions, including those of the left wing, and including, most particularly, the working alliances between Muslim and Trotskyist formations.

There is not, to my mind, sufficient attention given to an analysis of the extent to which anti-Semitic tropes are accepted by the larger public. We do learn, in connection with the Jewish contingent of anti-Semitism, that roughly 80% of Britain's Jews identify with Israel, so we can deduce that the anti-Israel Zeitgeist, as the author calls it, has made little headway among the Jews. But in the English public as a whole ? To be sure, the anti-Semitic and partially anti-Semitic ("fellow-traveling") voices are conspicuous in some of the media -- the Independent, the Guardian, the BBC, etc. -- but to me it seems that there is reason to remain hopeful that good sense still prevails in the public opinion as a whole.

Despite its truly abhorrent subject matter, this book is a pleasure to read. The pleasure is intellectual. It arises from the wealth of new knowledge and new insights that, I dare say, is in store for even the best informed of readers.
Posted by Unknown at 8:23 PM