The Two Faces of Tariq Ramadan 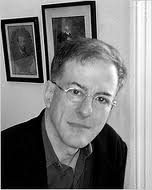 Paul Berman: The Flight of the Intellectuals

Tariq Ramadan, Arab but Swiss-born, Francophone but professor at Cambridge, has two faces. The first is that of the liberal, thoroughly European and Westernized liberal, charming and a good conversationist at cocktail parties at the Guardian and New York Review of Books. The other face is that of an insistently loyal grandson to Hassan al-Banna, founder of the Muslim Brotherhood and exponent of Hitler and the Mufti al-Husseini. It is the first face that has so much impressed the writers Ian Buruma and Timothy Garton Ash, but it is with his second face that Ramadan has written an article so anti-Jewish that the leftist press in France could not print it, and it is also with his second face that Ramadan has endorsed suicide attacks against the Israeli public.

Berman, to his great credit, has waded his way through this morass of two faces, and he has written his report with tremendous intellectual verve. It is a cautionary tale. Berman rightfully points to the deadly danger we face from the terrorist Islamists, but also, and perhaps even more deadly, from their sophisticated, leftist, voguish fellow-travelers. He gives due credit to some European writers who have preceded him in this -- Pascal Bruckner and Caroline Fourest in France and Ulrike Ackermann in Germany -- but it is Berman's book that is immediately accessible to the American reader. Berman has been rewarded by an appreciative reception from thoughtful people. And he has also been rewarded, as were the pioneers of anti-Stalinism some sixty years ago, by sneers and hostility from fellow-travelers and their apologists.
Posted by Unknown at 2:11 PM