Germany has a lesson for the University of Toronto 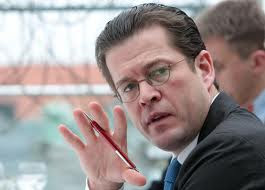 Karl-Theodor zu Guttenberg, whose doctorate has been questioned

Within the last two days all the German papers have headlined a Peto-like academic scandal at the University of Bayreuth: a recent doctoral dissertation by a prominent politician has been described by critics as intellectually unacceptable. The author of the dissertation, Karl-Theodor zu Guttenberg, is not only the scion of an aristocratic German family but is also Germany's young and popular minister of defense.

And here is what the German university did within hours of these serious allegations: it charged its standing control commission with the case, and it told Guttenberg to submit a detailed response to the criticisms.

There are differences between the Peto and Guttenberg cases, to be sure. Guttenberg's work has been accused of plagiarism, while Peto's was accused of falsification of facts and general scholarly incompetence. But the similarities are more striking. The accusations, in both cases, came from outside the institution. In each case, the integrity of the institution and its reputation was called into question. In each case, the public, which foots the bills, expressed a concern over what goes on within the walls of academe.

Now look at the difference on how these universities have reacted. Toronto has told the public to mind its own business: everything is fine within our borders, it has said, repeatedly. Bayreuth has told the public: we appreciate your concern; we will investigate; we have required the dissertation's author to submit explanations.

In both cases, senior professors were involved in approving the theses in the first place, and the accusations of academic malfeasance will cause internal political difficulties for the administrators. These difficulties, matters of administrative inconvenience really, have carried the day in Toronto. In Bayreuth, God bless that University, integrity has, at least so far, won out over bureaucratic hanky-panky.

The English-language press has had little to say on the Guttenberg case so far. But here is a very brief BBC report. For a longer treatment, in German, see FAZ, here. Here is a fascinating, hour-long video of a round-table conducted by Anne Will on German TV

Revelations of plagiarized material in the Guttenberg dissertation increase by the hour as scholars all over Germany continue to scrutinize the work. A special blog has been established for this growing body of criticism. Here is the trenchant critique of Guttenberg's thesis by Prof. Andreas Fischer-Lescano. It is this work by Fischer-Lescano that brought the whole affair to public attention.

And... for those who don't quite recall the Peto matter: I have done a number of postings about it on this blog in the recent past.

UPDATE, FEB. 23: The University of Bayreuth has rescinded the doctorate of zu Guttenberg. See today's Tagesschau. The University of Toronto, on the other hand, persists in its academic dereliction in the Peto matter.
Posted by Unknown at 10:49 PM