Life Among the Chachamim 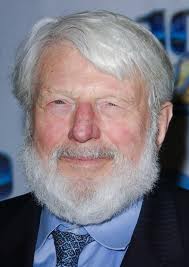 So here is the actor Theodore Bikel, or Chaver Bikel as he is known to his comrades of Meretz.  Eighty-seven years old now, but brilliant, absolutely brilliant in his razor-sharp analysis of war and peace in the Middle East.  Here are his remarkable insights, as reported by the Forward:

Anyone who has strong feelings for Israel like I do, and that [sic] believes it is an absolute necessity to strive for peace, understands that the single most obvious obstacle are the [Jewish] settlements ...

Ten thousand Hamas missiles fired at Israeli civilians ?  That's nothing.  Holocaust denial by much of the Arab press ?  A trifle.  Hamas calling for an end to Israel ? Nada.  No, according to Chaver Bikel, it's the Jews who cause the trouble.  The Jews.  What a friend we have in Bikel !

This fills in more context for what Bikel had to say in The Forward:

“There’s an umbilical cord that ties me to Israel,” Bikel said in an interview with the Forward, “but I have to act according to my conscience.”

At the age of 86, Bikel, who fled his native Vienna for Palestine as a teenager after the Nazis’ takeover of Austria, still defines himself as a Zionist. But he ... [argues:] “Anyone who has strong feelings for Israel like I do, and that believes it is an absolute necessity to strive for peace, understands that the single most obvious obstacle are the settlements,” Bikel said.

Am I right? Is Bikel right? Is Cohn right? Who knows? But I know that sarcasm doesn't decide the matter.

I know Theo Bikel personally and have attended at least one World Zionist Congress with him; I've also participated with him in other activities during his ongoing tenure of several years as Meretz USA's board chair. He supports Israel's legitimate rights and has long been a source of pride for the beauties of secular Jewish music. A modicum of respect for the man (even if you disagree with him) is in order.