JStreet's Mr. Ben-Ami is being "straightforward", but I have a better explanation 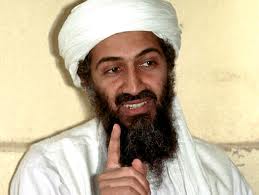 My previous posting concerning JStreet showed that, for the only fiscal year that is documented (2008-9),  eighty-seven percent of the group's finances came from just twenty-one sources.  Three of these are members of the Soros family, who together provided $ 245,000.  Nobody else gave anything near that much -- except for a mysterious payment of $ 811,697 from a mysterious donor named Consolacion Esdicul, resident of Hong Kong.

Now various reporters and bloggers have wondered:  how and why would a lady in far-off Hong Kong, hitherto completely unknown to one and all, how and why would this shadowy person step forward and send close to a million dollars to a cause that is not, in any obvious way, her own ? People pay to play, generally.  What is her game here ?

Well, to Mr. Jeremy Ben-Ami, the self-appointed leader and spokesman for JStreet, there is a "straightforward" explanation for  this apparent mystery:

Some press reports have ... noted a large contribution on our return from a resident of Hong Kong named Consolacion Esdicul. The explanation for this is straightforward. Bill Benter, a philanthropist and political activist from Pittsburgh, is a major supporter of and contributor to J Street. He is a generous donor to a range of causes related to his hometown, national politics and the Arab-Israeli conflict, and a passionate advocate for peace.

As we were launching J Street, Bill committed to contribute and to help raise substantial funds for the effort should we get it off the ground. One contribution he helped raise was from Ms. Esdicul, a business associate from Hong Kong, where he lives for part of the year and has business holdings.

So here we have it.  The friend of a friend sends $ 800,000, just like that.  What could be more natural, more "straightforward" ?  Actually, we know as little about "Bill" Benter (not Jewish either, apparently) as we do about Ms. Esdicul.  What are their motives ?  Remember, this Esdicul sum of money is substantially larger than the contribution of any of the other presumed billionaires who make up the rest of JS's twenty-one angels.   In fact, the Esdicul money constitutes one half of everything received by JStreet in the only documented accounting that we have of the group.

Ben-Ami is not consistent in his "straightforward" explanation.  In another version, sent to a supporter of his in New York, he writes that "Bill Benter is the source of the donation which came through the account of his business associate in Hong Kong...." So what before was strictly Ms. Esdicul's money is now Mr. Benter's.  Which is it now, Mr. Ben-Ami ?  Liars should have good memories.

Either way, Mr. Ben-Ami is obviously not straightforward at all.  His explanation(s) cannot be taken seriously;  they defy all credulity on their very face,  So here I offer my own surmise of what is behind the "Esdicul" money:

Some time in 2008 a meeting took place somewhere in Pakistan on the subject of the oppressed Palestinian brothers.  A number of sheikhs attended, with one of them presiding, let's call this one Sheikh O.B.L.   A visitor from Palestine came to the meeting with a request for $ 1,000,000 to be spent in a very particular way.  This is what the brother said:


Everyone here knows that the dwarf Zionist entity would vanish from the face of the earth without the criminal support it receives from America, may Allah punish it.   But how do the Zionists get America to support this ugly dwarf so consistently ?  Investigative reporters, some of them Jews themselves, have told the story:  it's the Jew-Zionist lobby, called AIPAC, that  keeps the American government in line on behalf of the Zionists, primarily through the enormous bribes that it dispenses.   Ergo, without AIPAC, no American support to the Zionist entity;  without American support, no Zionist entity. And, Sheikh, we now have it our power to destroy AIPAC, and therewith the dwarf entity !

Now, praise to Allah, the Jews are a race that has no sense of solidarity, no more than the apes and the pigs from which it arose.  A Jew has now appeared in Washington -- he calls himself Ben-Ami, 'Son of the Jews' --  who has taken it upon himself to destroy AIPAC, and we must help him do this !  This Son of the Jews has started a group called "Jew Street," with the following program:  a)  force the Zionist entity to make concessions that will, in fact, destroy it, and b), as a first step, destroy AIPAC.   Now we have investigated this Son of the Jews, who says that he does not like us but who, in fact, is more valuable to us than a thousand of our own martyrs.  His father before him, though calling himself a Zionist, was already valuable to the cause of our people.  This was in the time of Ben-Gurion, the founder of the Zionist entity.  This father was a follower of a European Jew called Jabotinsky, whose group was effective in creating mayhem,  violence,  and confusion among the Zionists.  Just an example:  the Jabotinsky group executed one of the most dangerous Zionists of the time, one Chaim Arlosoroff, in 1933.  Praise to Allah, the Jews are their own worst enemies, and we must be smart enough to take advantage of that.

Now, with just a million American dollars -- a drop in the bucket -- we can help this "Jew Street" outfit get really started.  Obviously, discretion is required.  But I have secured some trusted intermediaries -- among them a female infidel in China -- to handle the transaction.  The infidels wanted a twenty percent commission, but I was able to jew them down to nineteen percent.  In other words, of your million, a full $811,697 will go to this  "Jew Street" group, which, with the help of Allah,  can destroy Satan's AIPAC and Satan's Zionist entity ...

Now, dear reader, I leave it up to you.  Which explanation do you find more plausible, that of Mr. Ben-Ami, or my own surmise ?
Posted by Unknown at 11:23 AM

This would be entertaining if not for the venom behind it. It surprises me that you go so far afield as to damn Jeremy Ben-Ami's father, a disciple of Jabotinsky and a stalwart of his Revisionist Zionist movement.

His father was also one of the three or four key players in the Bergson Group, which worked heroically to try to get the Roosevelt administration to act expeditiously and effectively to rescue Jews during the Shoah.

Not only do we have no basis for thinking that Ben-Ami's father was involved in the murder of Chaim Alosoroff, but there is also a dispute that the Revisionists (who were never materially implicated or convicted), even committed this crime. There is a plausible alternative theory that he was murdered by Nazi agents at the behest of Goebbels.

In a bizarre accident of history, it turned out that the woman who became Mrs. Goebbels had a serious romance with Alosoroff in their youth, even considering herself a Zionist and contemplating a move to Palestine with her beloved Chaim.