The One Percenters Against Israel 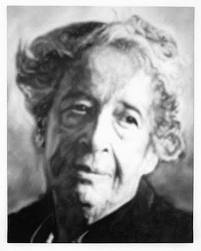 Hannah Arendt, Jewish but as famous for her love affair with the Nazi philosopher Martin Heidegger as for her activities as a public intellectual, attended the trial of Adolf Eichmann in Jerusalem in 1961.  She did not much like Israeli culture as she observed it in the court room.  This is what she wrote to Karl Jaspers as the time:


My first impression: On top, the judges, the best of German Jewry. Below them, the prosecuting attorneys, Galicians, but still Europeans. Everything is organized by a police force that gives me the creeps, speaks only Hebrew, and looks Arabic ... And outside the doors, the oriental mob, as if one were in Istanbul or some other half-Asiatic country.

The "Galicians," also known as the Ostjuden by the elegant sections of German Jewry, were of course not as gebildet, as "cultured" as those German Jews who could frequent the salons (and the beds) of German philosophers.  As for sephardim -- well, they're not even Europeans, let alone human beings ....

Ms. Arendt is dead and buried, but her spirit lives on.  Where ? 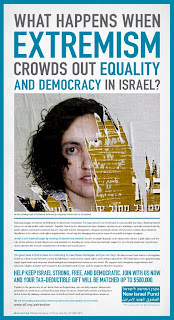 The New York Times of April 18 has a full page ad by the New Israel Fund (heretofore known mainly for its support of Arab attempts to dismantle Israel).  The ad solicits funds ("tax-deductible," i.e. partially financed by US taxpayers) to combat "EXTREMISM" (in letters 1 3/4" in height) in Israel.  What does this "extremism" consist of ?  Suicide bombers, stone throwing by Arab youngsters, missiles from the Gaza Strip ?  As they say among certain sophisticates of the Upper West Side:  don't be naive.  According to the ad, the great danger of "extremism" comes from the Yiddish-speaking Ostjuden in Bnei Brak and other Orthodox neighborhoods.   It seems that there is an "actual photograph" (displayed on 7.5" of the ad's 20")  of a billboard that has been "defaced" by "religious extremists" in Jerusalem. 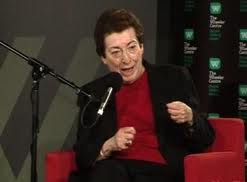 OK.  Let's be naive for a moment.  The "defacement" appears to consist of a partial ripping of a poster that contains a woman's face.   Is that the very worst example of "extremism" that one can think of ?  (In the American understanding of freedom of expression, even "defacing" the Stars and Stripes is protected -- see Texas v. Johnson (1989) ). And then, why is the American taxpayer asked to tell the people of Israel what to allow and what not to allow ?  While the photograph may very well be "actual," how do we know that it was "religious extremists" who perpetrated this heinous act ?  Finally, NIF is famous for demanding "freedom of expression."  Why demand such freedom for the enemies of Israel, but not for Orthodox Jews ?

Toward the bottom of the ad, we are told that "your tax-deductible gift will be matched up to $500,000 ... thanks to the generosity of our donor Murray Koppelman."

As the current expression goes, Mr. Koppelman is part of the one percent.  No doubt he has a right to   express himself, but does he have the right to keep others from expressing themselves, especially others who live in another country ?

As it happens, Mr. Koppelman (in this NIF video) is disarmingly frank about what bothers him about Israel.  When he visits religious neighborhoods there, he says, he is distressed to see religious women walk behind their husbands.  He doesn't like it.   So what does he do ?  Well, like any self-respecting billionaire,  he wants to put an end to the practices that he doesn't like.

Now, just a bit more about those one percenters who want to remake the world in their own image.  Don't say that the New Israel Fund does nothing but cause mischief in Israel.  No, on the contrary:  it does something right here in the US.  According to the two-year old but last available report (Form 990) that it has submitted to the IRS, the NIF helps to create at least one more American one percenter.  In 2008, NIF payed its top official, Mr. Daniel Sokatch, the sum of $342,717, which puts Mr. Sokatch safely in the top one percent of individual income earners in the US.  But not to worry.  Even after paying Mr. Sokatch, NIF still has lots of money to pay for full-page ads in the NYT, where the rates range, depending on how much the Times likes you, from $100,000 to $200,000 a shot.

It may well be that some NIF money goes to worthwhile causes in Israel.  But in view of the documented millions that NIF spends on  Israel-hostile and frivolous pursuits, what do the NIF fat cats say to the truly disadvantaged ?   "Get lost," or some variant thereof, is what in fact they say to the social, educational, financial, and security needs of the Jewish people.

Posted by Unknown at 4:03 PM No comments: