Life Among the Fellow-Travelers -- Then and Now 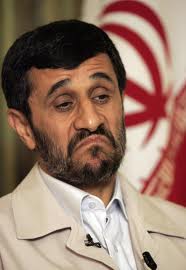 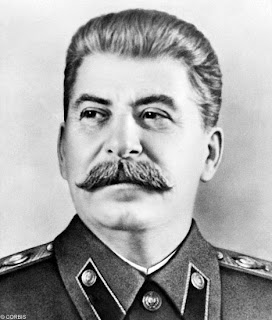 Mr. Mahmoud Ahmadinejad has a bit of a sour face in this picture, and well he might.  His predecessor of sorts  -- Comrade Jos. Stalin of the late Soviet Union -- had many more, and infinitely more prestigious fellow-travelers in the West.

A day after I celebrated my twenty-third birthday, on March 25 of 1949, Stalin's fellow-travelers in the United States  convened their Cultural and Scientific Conference for World Peace in the Waldorf-Astoria Hotel in New York. [This link leads to a complete list of participants]. This "Waldorf Conference," not to put too fine a point on it, was organized to denounce the United States and to praise the Soviet Union and Stalin's dictatorship.  (William O'Neill has furnished an insightful description in his 1982 volume "A Better World. The Great Schism:  Stalinism and the American Intellectual."  [yes, one still has to go the library for important materials !])

The list of luminaries who allowed their names to appear as "sponsors" of the Waldorf Conference appears incredible to us now.  Some of them no doubt held crossed fingers behind their backs, and  at least one, Norman Mailer, used the conference to come out as an anti-Stalinist, much to the chagrin of his erstwhile comrades.  But for the rest of roughly six hundred -- what could they have been thinking ?  The facts of the Gulag, by and large, were known to anyone who cared to know.

Among the most familiar of the Waldorf sponsors, here are some that are household names to this day:

Notably absent from the list were the prominent open Communists of the time;  for example,  William Z. Foster, the CP boss, did not sign.  (Paul Robeson, a secret Communist, did sign.  He was outed as a Communist only after his death -- by his own comrades.  See my previous blog here.)  The idea was, in line with the well-known deviousness of the Stalinist movement, that this Conference was not at all a Communist enterprise -- no no no, not Communist at all !  Just a sincere, honest, peace-loving initiative by sincere, honest, peace-loving progressive human beings.

But be that as it may, the list of celebrities was truly dazzling.  More sober American intellectuals like Dwight Macdonald and my erstwhile teacher Sidney Hook thought that this Waldorf group were dupes of totalitarianism (as did I, when I confronted a signer who was one of my CCNY teachers).  But the opponents could in no way match the prominence of the Waldorf supporters.

Now, compare this list of 1949 luminary Soviet enthusiasts with the tiny list of what are, by just about any standard, the  nonentities who make up  the Western supporters of the Iranian dictatorship.

Perhaps the best known is the British MP George Galloway.  Here is Wikipedia's take on his relationship to Ahmadinejad:

Galloway has attracted criticism from both the Left and the Right for his comments relating to the regime in Iran, and his work for the state-run satellite television channel, Press TV. Scott Long, writing in The Guardian, criticised Galloway's claim that "homosexuals are not executed in Iran, just rapists", pointing out that current law in the country stipulates that "Penetrative sex acts between men can bring death on the first conviction".[137] Long-time Gay Rightsactivist Peter Tatchell, also writing in The Guardian, accused Galloway of spouting "Iranian Propaganda", continuing: "His claim that lesbian and gay people are not at risk of execution in Iran is refuted by every reputable human rights organisation, including Amnesty International, Human Rights Watch, the International Gay and Lesbian Human Rights Commission and the International Lesbian and Gay Association."[138] Galloway argued that Western governments should accept the election of the conservative President of the Islamic Republic of Iran,Mahmoud Ahmadinejad.[139]The Trotskyist Workers' Liberty group also condemns Galloway, largely on the basis of his support and work for the current Iranian regime. In "No vote for Galloway – an open letter to the left", he is quoted from his Press TVinterview with President Ahmadinejad as stating that he requires "police protection in London from the Iranian opposition because of my support for your election campaign. I mention this so you know where I’m coming from."[140]

On the other side of the Channel there is the African-French self-styled comedian known as Dieudonné, about whom I have blogged before.  Here is the latest news about Dieudonné:  a) last Sunday he was defeated in his run under the "Anti-Zionism" label for the French Assembly, receiving a score of 0.14% in his district;  and b) he has made an anti-Semitic movie called, appropriately, L'antisémite, for which he has received money and sponsorship from the Iranian government.  Robert Faurisson, dean of Holocaust deniers but perhaps best known as friend of Chomsky's, appears in the movie as himself.

For those who can understand French, here is Monsieur Dieudonné in Teheran, praising the Iranian dictatorship:

(Here is a good article on Dieudonné by Tom Reiss in The New Yorker some years ago.)

Both Galloway and Dieudonné enjoy something of an international notoriety, something than can scarcely be said of the American retired sociologist James Petras.  More or less alone even among leftist anti-Israel activists, Petras supports the Ahmadinejad regime.  He calls Jewish dentists and doctors, whom he sees as prone to be active in AIPAC, as the main peril to America.  His difference from  Chomsky -- whom he criticizes for his "ethnicity" -- is that he sees the problem, frankly, with Jews as such, without bothering to employ code terms like Zionist.  His approval of Ahmadinejad has been criticized by fellow leftists.

No review of Western supporters of Ahmadinejad would be complete without a bit of comic relief.  The American Ku Klux Klan leader David Duke sees Teheran as his spiritual home, and has participated in Ahmadinejad's 2006 Holocaust-denial conference, as have some self-styled rabbis of the unfortunate Neturei Karta (about whom the less said the better).

So here it is,  the story of the mighty fellow-travelers and how they have fallen -- from Einstein all the way to David Duke.